Doug senior became a director in 1964 until his death in 1966 at which time he had become Vice Chairman of the club.

Papers from that period which includes, amongst other things, a draft copy of Malcolm Allison’s 1964 contract, a booklet containing minutes of an Extraordinary General Meeting in 1959, paperwork and scrapbook concerning a takeover from Chairman Ron Blindell, financial reports for the 2 year period and much more.

Also amongst the collection are dozens of letters from league clubs expressing their sympathy for the untimely death of Doug at just 48 years old. Doug was a passionate believer in having a youth policy and one of his favourite sayings was “Bring on the boys”.

The Archive’s aim is to digitise all the items and make them available for supporters to view. 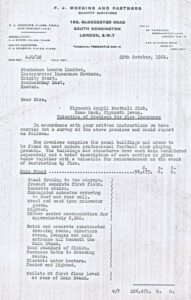 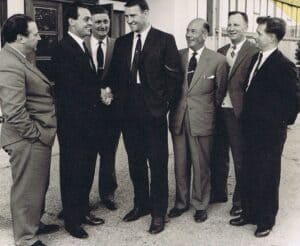 The draft contract of former Argyle manager, the late Malcolm Allison can be viewed in our online library. It is the contract from his first tenure