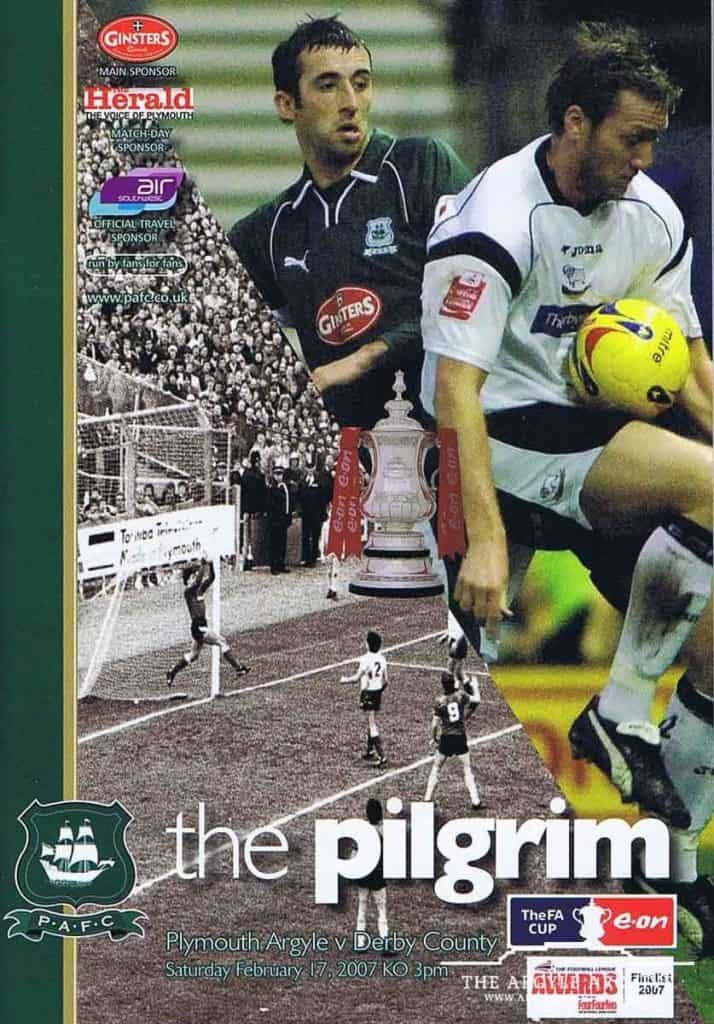 Match summary from Greens on Screen

Argyle swept past Championship leaders Derby to take their place in the FA Cup quarter-finals with a performance that left manager Ian Holloway proclaiming that he was ‘as chuffed as a badger at the start of the mating season’. Five changes from the defeat against Sunderland saw Seip, Sawyer, Gosling, Sinclair and Gallen recalled with Doumbe, Capaldi, Buzsaky, Halmosi and Fallon absent.

The near 16,000 crowd were treated to a pulsating cup tie, with Argyle starting on the front foot. Scott Sinclair drew a full-length save from Bywater with a 20-yard drive within the first ten minutes and just four minutes later, Kevin Gallen was hauled down in the penalty area by Darren Moore. Referee Mike Dean pointed to the spot without hesitation and Gallen put the Pilgrims ahead, despite Bywater getting a good hand to the spot-kick. Moore escaped punishment for the incident and somehow avoided picking up a caution when he conceded a second penalty for climbing all over Krisztian Timar in the area. Gallen switched sides with his penalty and Bywater guessed correctly, tipping the ball around the post.

Argyle were already indebted to Luke McCormick by this point, who had produced a stunning save of his own to prevent Luke Gosling from equalising. At the interval, Derby brought on the dangerous Macken, who tested the Argyle keeper twice within a matter of minutes, but the young stopper was more than a match for the Rams’ striker.

Moore finally wore down the patience of Dean and picked up a booking for a reckless challenge on Lilian Nalis. When the towering defender scythed down Kevin Gallen midway through the second half, he was rightly dismissed. With the game in the balance, despite the red card, the Pilgrims needed something more. They got it, from their number 12, who in full voice evoked memories of those championship-winning games just a handful of years ago.

With eight minutes remaining, Sylvan Ebanks-Blake sent David Norris away down the right flank. Norris’s centre was inch-perfect as Sinclair peeled off his marker and planted the deftest of headers wide of Bywater to clip the inside of the post on its way into the net. Home Park erupted at the final whistle, celebrating a thoroughly deserved victory for the men in green with standout performances all over the pitch. Plymouth Argyle, FA Cup quarter-finalists. It sounds good, doesn’t it?

Photos thanks to Greens on Screen 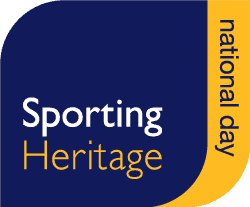 Exhibition created with the assistance of National Sporting Heritage Day