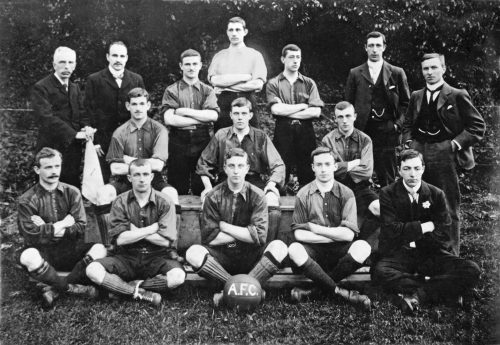 The images of the team photo for the 1898/99 season have been generously donated by PASOTI and it is the earliest known photograph of Argyle FC.

The colourised version was created using a colour swatch from an early 20th Century cigarette card as a guide and shows the team as it could have looked.

There is a noticeable variation between the shirts worn by the team in the collars, backs and pockets.  It is possible that each player provided their own kit, which was common at the time, and the shirts had been bought from different places or that the shirts were perhaps replaced individually as they wore out.  You can read more about this photograph and the history of Argyle FC at Greens on Screen.